Large works due to their heavy duty construction and expansion capacity.

Hand crafted in sugar pine or basswood with hardwood keys.

What is an American Traditional Stretcher?

Invented in the late 19th Century, the American Traditional is distinguished by keyed double-finger miter joints for the corners, with keyed mortise and tenon joints for the crossbars— so it’s a 100% keyable stretcher.

It also features the most versatile joinery, making it easier for customers to piece together on their own if they prefer.

Featuring hardwood keys, Simon Liu’s American Traditional stretchers are handcrafted in either sugar pine with a continuous bevel or in basswood with an L-shaped, tongue-and-groove profile.

Features of our American Traditional Stretchers

Simon’s contribution to this classic has been to refine with customized tooling the American Traditional joinery in a way that preserves its original design while still improving functionality and strength. 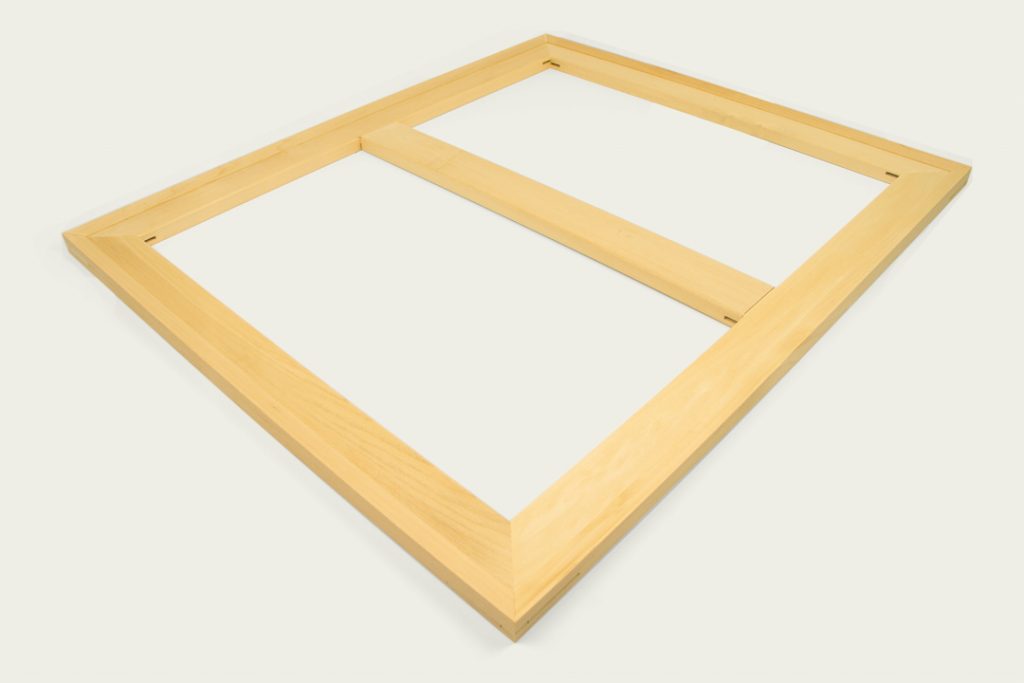 Great for artists, great for conservators, this stalwart art support remains the most popular stretcher in the United States.

In addition to the standard sizing options below, we can also accommodate custom requests.
Please inquire.

Get a custom quote for your American Traditional Stretchers