From a top-heavy Volkswagen to personally backing billions of dollars in fine art, Simon Liu’s work has always been about building relationships.
Learn More

Home » About Us » Simon’s Story

Who is Simon Liu?

“Simon Liu? I thought he was a mythical figure.”

Well, first we have to talk about the car

Throughout the ‘80s and early ‘90s, it was a constant — a dash of yellow darting along the drab, pothole-strewn streets of SoHo and surrounding blocks just as that area dominated the art world. In fact, everywhere Simon Liu’s rusty but trusty 1974 Volkswagen Beetle ventured across the five boroughs, it was hard to miss. 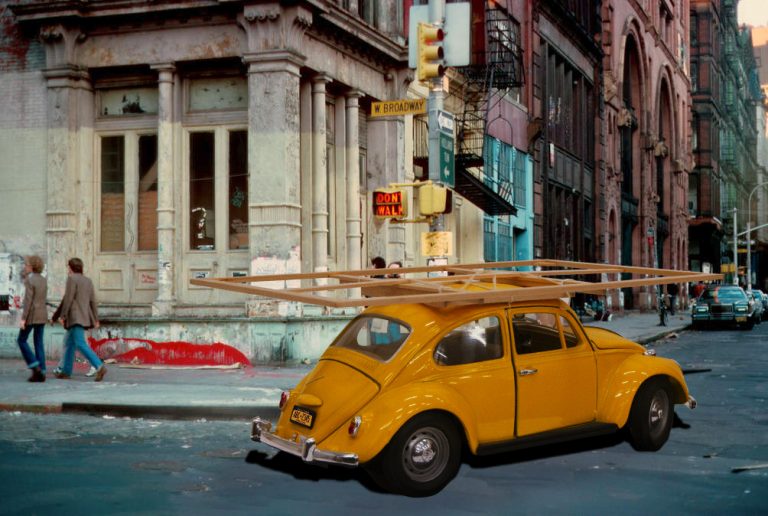 Strapped to the top with rope, comically dwarfing the car, were massive, custom-built stretchers like the one commissioned in 1984 for Coulter Watt’s joyously comprehensive painting of Jim Henson characters. That moveable mural, an early calling card for Simon’s skills, welcomed visitors to “Muppet Mansion” at 117 East 69th Street for years.

Simon’s own artistic journey began with painting. He gave up the technical drawing of a college engineering degree for more self-expressive pursuits at the Hartford Art School and, before graduating with honors and proceeding to Pratt for his painting MFA, earned money in the summers at a large Connecticut woodworking production factory. Always good with his hands, Simon just found it cheaper and more convenient to build his own stretchers. The influential abstract expressionist George McNeil was an inspiration in that regard. Like his friends Jackson Pollock and Willem de Kooning, McNeil emerged from a generation where painters routinely built their own stretchers. As Simon assisted the venerable master for two years after Pratt, he started honing those skills in earnest — and found that his engineering experience only fortified a preternatural drive to innovate and improve. 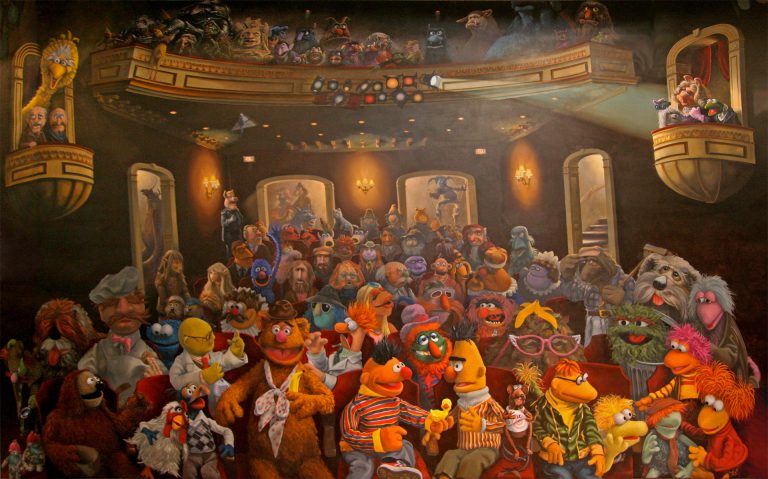 From there, conservators were the professional breakthrough. Dealing frequently with the
consequences of flawed or failing supports, they were drawn to Simon’s singular focus on
durability and longevity. An agile collaborator, he soon worked out sophisticated new ways of adding maintenance potential to pieces, including a more precise joint system for traditional stretchers. His reputation spread slowly, but by the decade’s end he was consistently building traditional stretchers for the Metropolitan Museum of Art — followed by projects at every other major art museum in the city.

Then came the artists. Particularly for pushing creative boundaries, Simon became their semisecret weapon: a dependable ally, speaking the same language, who relished the challenge of making something unconventional or even unprecedented. All the name-brand art support companies were fairly limited in their options at the time, so Liu — eager to work closely with rising talents as well as established names — was a breath of fresh air. Conservators typically required thinner profile stretchers, suitable for 19th century and earlier pieces, while contemporary painters tended to prefer sturdier options, but in all cases Simon saw prolonging the life of the artwork as the paramount aim of his craft.

From a beloved Muppets mural to the artistic centerpiece of the United Nations.

Not meant to endure, alas, was the yellow Volkswagen. Due to the growing demand for Simon’s
services, the little Beetle was replaced by a series of larger vehicles, and then a proper delivery van when “Simon’s Stretchers” officially became “Simon Liu, Inc.” in 1996. With the purchase that year of a commercial property on Dean Street in Prospect Heights, Simon could accommodate a staff that had grown, over successive rental locations, to fourteen.

By 2006, that number had more than doubled and, eventually, Simon would settle into a 20,000 square foot Sunset Park facility to keep pace with his burgeoning international reputation atop the core congregation of New York clients. Yet even as the volume of output has grown exponentially, at its core, Simon Liu, Inc. remains a Brooklyn family business based on a love of art. His specific inventions have been widely imitated, but no one has ever been able to match the overall quality, service, dedication, and integrity. And far from resting on his laurels, Simon remains focused on pushing the craft forward. His product continues to evolve through many generations of advancements and, even now, he is still exploring new frontiers, including aluminum and advanced composite materials.

Armed with the belief that anything can be improved upon, Simon takes pride in his collaborative flexibility — finding solutions that work for each client’s budget and adding value to careers at every stage.

After all, from a top-heavy Volkswagen to personally backing billions of dollars in fine art, Simon Liu’s work has always been about building relationships.

Ready to get started?